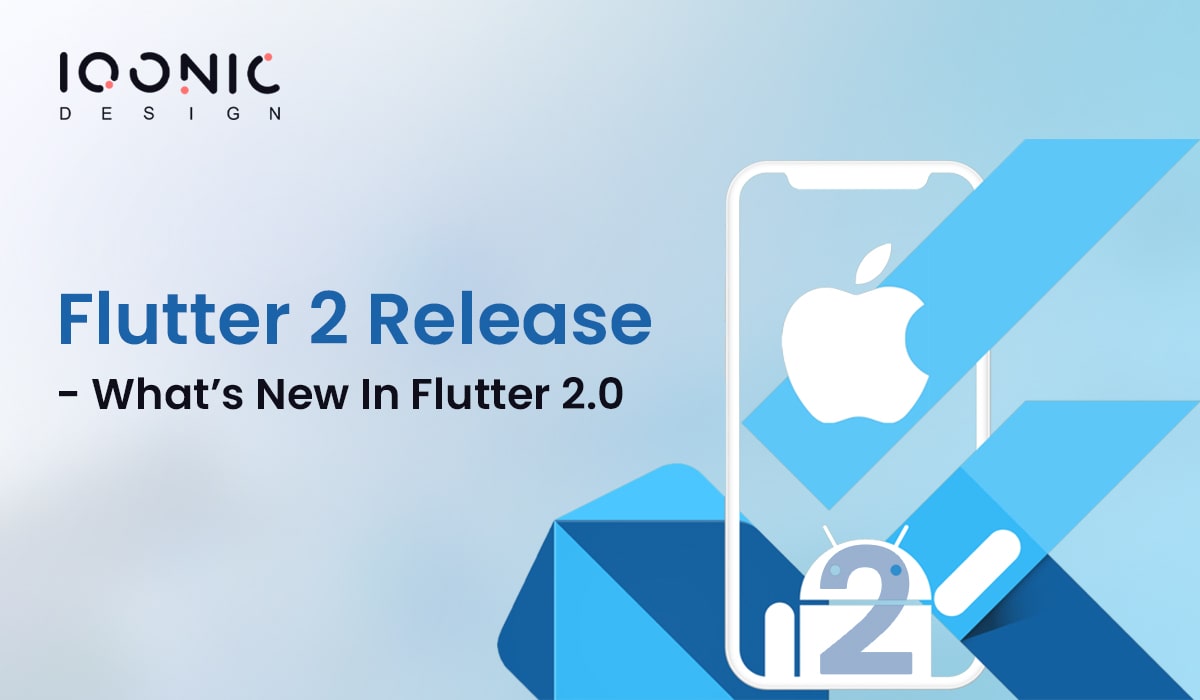 Flutter 1.0 won the hearts of all the developers’ community in terms of reduced code development time, rendering engine, better time to market, and more. Numerous new apps were conceptualized and brought to life. Despite this, there were some major glitches too that surfaced in flutter technology, which then led to the advent of Flutter 2.0

Flutter 2 release has sprung a lot of excitement around it. Flutter 2.0 is everything that Flutter 1.0 wasn’t or failed at. A large Flutter Apps community of developers can swear by this fact and jump on it.

Start creating your next Flutter Application with the newly upgraded Flutter framework. Here are the main features of the all-new Flutter 2.0

Flutter web support has transitioned from the beta channel to the stable channel. With this stable release, the code reusability supported by Flutter leveled up to the next level. Hence, when a developer builds a Flutter app, the web can also be supported. When you create a Flutter app in the stable, the web is just another device target for your app.

To avoid null errors, Null safety is one of the important concepts and major productivity features in the programming language that simply helps developers. Null safety is an outstanding addition to the Dart language, which further strengthens the type system by differentiating nullable types from non-nullable types. This enables developers to prevent null errors that occur during development. Sound null safety is completely supported in a stable as of Flutter 2, which contains Dart 2.12.

The Scrollbar widget is updated to offer the interactive features that are required on the desktop, which includes the ability to drag the thumb, click on the track to page up & down, and also to exhibit a track when the mouse hovers over any part of the scrollbar.

Flutter 2.0 also has support for Google Mobile Ads. This plugin provides native ads and inline banners with the existing overlay format. The Developers can easily customize the advertisements with the help of Admob and Ad Manager.

Flutter supports Linux, macOS, and Linux as well. A basic question often arises: how do you write an app that adapts perfectly to multiple different form factors (small, medium, and large screens of devices), varied input modes (i.e. touch, keyboard, and mouse), and various idioms (mobile, web, and/or desktop)? To get an answer to this question for ourselves as well as for Flutter Developers everywhere, we authorized the Flutter Folio scrapbooking app.

Expansion and improvement of iOS features

In flutter 2.0, a few widgets have been added to Ios Cupertino. A CupertinoSearchTextField offers the iOS search bar UI. The CupertinoFormRow, CupertinoFormSection, and CupertinoTextFormFieldRow widgets help in generating validated form fields with sectioned visual aesthetics of iOS.

The ScaffoldMessenger helps in the easy creation of SnackBar for the action between the Scaffold transitions.

Flutter Fix helps to enhance the framework by a huge community of developers without any changes in Flutter API. A command-line option to the dart CLI tool called dart fix that knows where to look for a list of deprecated APIs and how to update code utilizing this API.

By performing the following command, you can see entire fixes we know about how to make across your entire project:

If you would wish to apply these fixes interactively in your favorite IDE, you can do that, too – all seamlessly.

In Flutter 2.0, The DevTools is a tool that should be used for debugging your Flutter apps. A FlutterDevTool will allow IntelliJ, Visual Studio Code, and Android Studio to help developers with debugging by checking for exceptions. The FlutterDevTool has the ability to recognize images that have a higher resolution.

As Flutter gained massive popularity and an affirmative attitude among the developer community, it has arrived at healthy partnerships with big companies too. There are key industrial associations of Flutter such as,

These Flutter advancements prove that this framework has huge potential compared to others. It is highly recommended to build your future projects with Flutter technology.

Subscribe to our newsletter for the latest Apps UI Kits, templates, and tools to let you build a successful web project without painstakingly dealing with coding skills. Subscribe to our YouTube channel for quick video tutorials and follow us on Facebook and Instagram for quick tips, educational posts, infographics, and a lot more.